For most of us, a growling stomach is a siren song calling us to our refrigerator. However, for researchers and adherents of intermittent fasting (the practice of voluntarily abstaining from food and nonwater beverages), hunger is something not to vanquish but rather to embrace.

Fasting has been shown for years to be an effective nonpharmacologic strategy for counteracting some of the most entrenched modern ailments, from cardiovascular disease and cancer to diabetes and diminishing cognition.[1] The stumbling block was that this evidence was derived primarily from studies in rats and mice, which meant that intermittent fasting remained an interesting, but somewhat fringe, field of research. That has decidedly changed, though, with the recent publication of some small but promising investigations showing positive outcomes in humans.

"In the early 1990s, my own science colleagues viewed fasting as irrelevant, and it was largely ignored by the medical community," explained Valter Longo, PhD, a forerunner of fasting research and director of the Longevity Institute at the University of Southern California, Los Angeles. "Now things are changing very rapidly, and fasting is the most widely adopted diet in those under age 34 in the United States." 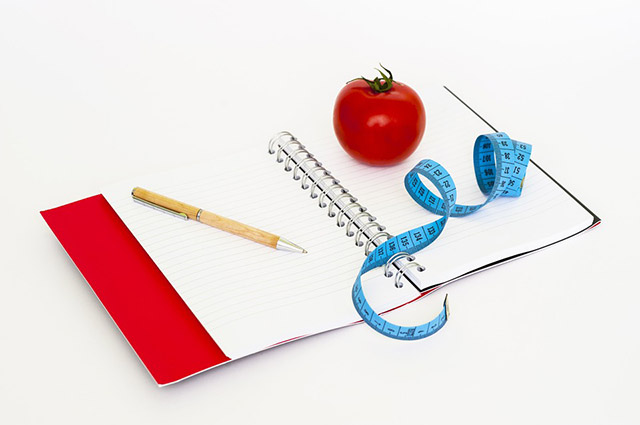 "Intermittent fasting" is an admittedly vague umbrella term but one that is nonetheless useful for describing a wide variety of regimens.

The most popular fasting regimen is undoubtedly the 5:2 diet, in which participants restrict themselves to approximately 500-600 calories 2 days a week but eat as they normally would for the remaining 5 days. It comes garnished with all-important celebrity endorsements (for example, Jimmy Kimmel and Benedict Cumberbatch) and glossy coverage in magazines you would find at any grocery store checkout lane.

Other common regimens include time-restricted feeding (eat a standard amount of calories, but only within a limited time frame), alternate-day fasting (eating nothing one day, then whatever you like the next), and periodic fasting (abstaining from food and energy-containing beverages for continuous days, sometimes stretching out to 3 weeks). In addition, researchers such as Longo are investigating the efficacy of fasting-mimicking diets for reducing markers of aging and risks for age-related diseases.[2]

Because there have been no large randomized controlled trials comparing these regimens, we cannot yet establish superiority for any. Trends uncovered in clinical studies suggest some with greater potential though, according to Longo.

"I think the clinical evidence is strongest for the periodic fasting and fasting-mimicking diets used to treat specific problems, including obesity, high cholesterol, high blood pressure, inflammation (C-reactive protein), high triglycerides, and high fasting glucose/metabolic syndrome," he said. "The other major advantage of a periodic fasting or fasting-mimicking diet is that it only needs to be done for most people three to four times per year for 5 days."

Why Fasting May Work

When our bodies enter a fasting state, we deplete the stores of glucose in our livers and convert to fat-derived ketone bodies. Depending on your physical output during the fasting period, you can enter a ketogenic state within hours.

Proponents of fasting as a dietary intervention will probably have little difficulty communicating why there might be benefits to substituting ketones for glucose and the myriad negative health effects it can cause when poorly regulated. However, they may find more resistance in overcoming the common belief that fasting slows down metabolic rates, which raises the question: If your body is compensating for lack of food in this manner, wouldn't this simply offset or limit any advantages to be gained?

In fact, this long-standing assumption began to change toward the end of the 20th century, when research emerged indicating that fasting for durations of a few days had the opposite effect of increasing metabolism.[3,4] The full spectrum of physiologic mechanisms contributing to increased metabolism during early food restriction is complex, involving such factors as circadian rhythm and upticks in the fat-burning hormone norepinephrine.[3,5] However, the utility of this approach is borne out by clinical studies of metabolic outcomes. A recent review[6] identified 16 such studies that, although primarily consisting of cohorts of less than 50 patients, nonetheless show different fasting regimens produced notable decreases in glucoregulatory markers, lipids, inflammatory markers, and weight.

The increasing popularity of fasting diets among the general public may also be due to how easily these align with the consensus that there is something amiss with the modern diet. Although our bodies retain the ability to get by quite capably for long periods in a ketogenic state, we happen to live in a society where the predominant eating schedule makes doing so extremely difficult.

"If you look back in the literature, the recommendation that we eat three meals a day with some snacking on top is mainly based on studies of diabetics, and the notion was that you don't want to have big spikes in glucose," said Mark P. Mattson, PhD, chief of the Laboratory of Neurosciences at the National Institute on Aging, and professor of neuroscience at Johns Hopkins University in Baltimore, Maryland. "But it turns out that intermittent fasting actually improves glucose regulation in both animals and humans."

If you consider that our bodies evolved over millennia to function in one way (hunter-gatherer systems defined by periodic food scarcity) but have been wrenched into another system in a relatively short period, it takes only a small mental leap to see how this may play a role in our contemporary crisis of food-related illnesses.

"The epidemic of obesity, including childhood obesity, occurred in the past 40 years with the eating pattern of three meals a day plus snacks," Mattson added. "So clearly, that is not necessarily a healthy eating pattern. If people can avoid overeating by skipping meals, once they adapt to that, it can only be a good thing."

Mattson's research centers on a possibly more surprising benefit of fasting: its ability to enhance cognition and brain function. He and others have provided abundant animal data showing that fasting-related ketogenic states lead to cellular and molecular adaptions in the brain that confer such benefits as resistance to stress, injury, and disease.[7]

"Another interesting finding is if you take rats or mice and reduce their calorie intake aggressively—a 40%-50% reduction in calories approaching starvation—their heart, liver, gut, and muscles all decrease in size, but the brain remains the same size."

Here, too, we have a compelling evolutionary explanation. Ketones are an exceptional energy source for the brain, more so than the unreliable fluctuations of glucose. It is likely that mammals who excelled at surviving long periods of food deprivation were naturally selected for optimal brain function in that state.

Mattson and colleagues at the National Institute on Aging are currently running a trial in which participants at risk for cognitive impairment owing to age (55-70 years) and metabolic status (body mass index ≥ 30 kg/m2, insulin resistant but nondiabetic) are randomly assigned to receive either the 5:2 diet or control (healthy eating). After 2 months, they are tested for cognition and psychological factors, in addition to undergoing functional MRI on network activity in the brain and spinal taps for brain-derived neurotrophic factor, which animal studies suggest is critical for learning and memory.

"On the basis of what we know about the impact of aging and obesity on cognition and brain function in human subjects and the effects of intermittent fasting on cognition and nerve cell network activity in animal studies, we're predicting that intermittent fasting will improve performance and the cognitive test, and enhance the fidelity of communication between brain regions that are critical for cognition," Mattson said.

In Fasting to Fight Cancer, Timing May Be Everything

Recent clinical research on fasting's role in breast cancer suggests that its positive impact may depend not just on whether people abstain from eating, but also when.

In a 2015 epidemiologic analysis[8] of women participating in the 2009-2010 US National Health and Nutrition Examination Survey, researchers were able to show, for the first time, that longer nighttime fasting duration was significantly associated with improved glycemic regulation, and thereby reduced risk for breast cancer.

"This finding was the first time that anyone had ever made an association between a clinical outcome of breast cancer occurrence and prolonged nightly fasting," explained Dorothy D. Sears, PhD, associate director of the Center for Circadian Biology, and an associate professor at the University of California, San Diego, who worked on both studies.

According to Sears, there are good reasons why nighttime eating would have negative effects. Although insulin works well in the morning and early afternoon, in the evening it begins to be counteracted by melatonin and growth hormone.

"That's bad, because sugar in the blood causes reaction with proteins and the blood vessels," she said. "Lots of proteins in the body can become glycated, or sugar-coated, which causes a form of irreversible damage."

"Another negative effect of having high glucose and insulin at night or for an extended period in the night is that it can drive the growth of tumors," Sears continued.

The Future of Fasting

All of the researchers interviewed for this article agreed that the data supporting intermittent fasting as a clinical intervention are currently limited to a few indications, and are derived from relatively small studies. It is difficult to know the true benefits of this treatment, much less the adverse events that could accompany its application. They cautioned against the adoption of fasting in such populations as frail and elderly persons, hypoglycemic patients, and children and adolescents.

There is nonetheless a justifiable excitement that a simple, nonpharmacologic intervention could have a notable impact for patients with life-threatening conditions, such as breast cancer or cardiovascular disease. However, according to Sears, this hasn't made obtaining funding for robust fasting studies any easier.

"It would be really wonderful to see larger, appropriately powered studies funded. That takes support from the research community who's reviewing the grants, to invest and to recognize the promise," she said.

Then there is the issue of financial incentives. Clinical trials are primarily subsidized under the hope that a marketable treatment will emerge at the end of a prolonged and expensive period of investigation. There is no clear way to profitably market food abstinence. Diet books do not make it into Big Pharma's development pipeline.

But if our bodies are evolutionarily conditioned to survive and perhaps even excel through hunger, our appetite for shortcuts may be equally hardwired. This past spring, a team of biologists from the Massachusetts Institute of Technology reported that mice fasting for 24 hours were able to regenerate their intestinal stem cells at double the normal rate.[10] In accompanying media coverage,[11] the team expressed hope that one day, these results would lead to the creation of a drug that mimics fasting without the actual need for fasting.

If these and other like-minded researchers are able to make good on their aspirations, in the future it may be fine once again to treat that growling in your stomach with a trip to the refrigerator, so long as you stop by your medicine cabinet for dessert.